Some Hospira Products Get 'New Use Dates' While Others Get Recalled 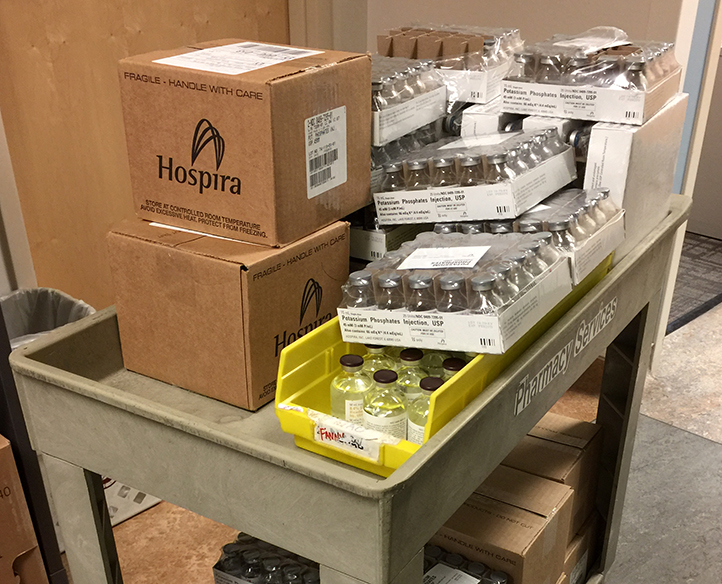 The recall, the company said, is being conducted because microbial growth was detected during a “routine simulation of the manufacturing process.”

Vials in those lots were distributed to wholesalers and hospitals from January to June, Hospira said. And while none of the distributed vials “have been identified as actually containing microorganisms,” the company said, the “remote” possibility of a “breach in sterility assurance” for those vials cannot be ruled out.

The new use dates provided by FDA are six months to one year later than the expiration date on the syringes’ label and, the agency said, will help hospitals contend with the ongoing shortages of those products.

In alerting healthcare professionals and emergency responders of the new use dates, FDA said it does not require or recommend relabeling the “identified lots.”

FDA said Pfizer informed the agency that the shortages of these drug products as well as of sodium bicarbonate injection and calcium chloride injection are due to “manufacturing, distribution and third party delays.”

The shortage of sodium bicarbonate injection has been ongoing since February, according to the ASHP drug shortage bulletin prepared by the University of Utah Drug Information Service.

Sodium bicarbonate injection, Fox said, is “the most critical product we have in short supply right now in the United States.”

Hospira’s recall removes much of the nation’s supply of sodium bicarbonate injection from healthcare settings, she estimated.

“At our health system today, we lost half of our stock,” Fox said, referring to University of Utah Health in Salt Lake City.

She advised all pharmacists “to keep working on their shortage management strategies and thinking about ways to reduce the use and reserve for the most critical patients.”

Queried about the role of outsourcing facilities in helping to alleviate the supply problems, FDA stated that a special provision in section 503B of the Federal Food, Drug, and Cosmetic Act applies during drug shortages. That is, a drug compounded by an outsourcing facility is not considered “essentially a copy” of an FDA-approved drug when the compounded drug is identical or nearly identical to an approved drug appearing on FDA’s drug shortage list at the time of compounding, distribution, and dispensing. “Accordingly,” FDA stated, “outsourcing facilities may compound such drugs provided they meet the other conditions in section 503B and applicable federal law.”

A downside to this option, Fox noted, is a hospital can obtain “only a very small amount” of the imported product — “an insufficient amount to really help any large hospital.”

The Pfizer products were manufactured by subsidiary Hospira Inc., which was an independent company until its acquisition in September 2015. Hospira started in 2004 as the spinoff of Abbott’s hospital products division.