A residency project that placed a pharmacist in one of St. Joseph’s Health’s urgent care centers produced immediate improvements in how staff at the Liverpool, New York, clinic prescribed antimicrobials. 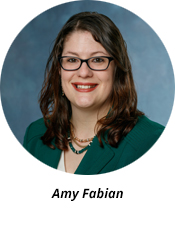 During the month that postgraduate year 2 (PGY2) pharmacy resident Amy Fabian was onsite, clinicians were more than twice as likely to follow antimicrobial prescribing guidelines than was the case a month before Fabian joined the urgent care team.

“I think that having the pharmacist actually there, being able to make real-time recommendations, is the best way to accomplish antibiotic stewardship and getting providers to practice according to the guidelines,” said Sara Linnertz, population health pharmacist for the health system. 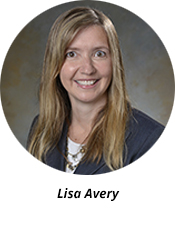 “There’s so much more inappropriate antibiotic use in the community setting that pharmacists really do have to focus in on outpatient antibiotic prescribing,” she said.

The St. Joseph’s Health team described their antimicrobial stewardship project during an October 5 poster session at the Infectious Diseases Society of America’s IDWeek 2019 conference in Washington, D.C. The researchers found that when Fabian was at the urgent care center, the noncompliant prescribing rate for targeted conditions fell by 12 percentage points, to 31 percent, compared with the previous month’s rate.

The urgent care center’s most common compliance problem, both before and during Fabian’s time there, was prescribing an antimicrobial when it wasn’t indicated, followed by prescribing the wrong empiric therapy. Less common instances of noncompliance involved inappropriate dosage or duration of therapy. Significant improvements in all areas except duration of therapy occurred when Fabian was at the clinic.

“The physical presence of a pharmacist in the urgent care did show a decrease in noncompliance with antibiotic prescribing recommendations, which was our primary endpoint,” said Fabian, who is now an infectious diseases clinical pharmacist at Baptist Health in Louisville, Kentucky.

There was no significant change in the noncompliance rate for the month after Fabian’s project ended, suggesting that her earlier efforts continued to influence clinicians’ antimicrobial prescribing habits.

The intervention group consisted of 440 adults who sought care last year between January 7 and February 3 for uncomplicated urinary tract infection, upper or lower respiratory tract infection, or skin and soft tissue infection. Fabian said literature reports suggest that those areas of focus represent the biggest opportunities for a pharmacist to improve outpatient antimicrobial use. 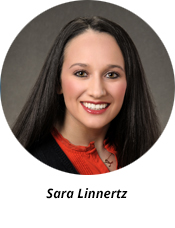 Linnertz said that in the past, the pharmacy department had answered questions from urgent care clinicians when they asked for help.

“But we never verified orders for the urgent care setting. Amy was our first pharmacist to spend time there,” she said.

Linnertz said she knew the urgent care center’s medical director because of their previous collaboration on population health initiatives, and she used that connection to inquire about setting up the residency rotation.

“He was very open to having a pharmacist come to his site,” Fabian added. “We were lucky to have his support.”

Fabian said one of her biggest contributions to the urgent care team was providing antibiograms to guide prescribing for lower respiratory tract infections. She also reviewed intake records and served as a resource for the staff’s medication-related questions.

“I was doing real-time patient reviews,” she said. “If I saw a patient was maybe being seen for an infection, I would talk to the providers before they were prescribing ... to get their thoughts and see if we could work out what the best choice was.”

She was asked to follow up on culture test results for some patients and to talk with patients about the risks of antimicrobial use and how viral and bacterial infections require different treatment.

“So sometimes, I’d actually see the patients with the providers,” Fabian said. “I also did formal inservice education to the providers once a week on various disease states and guideline recommendations and updates.”

One session focused on macrolide resistance, including azithromycin-resistant Streptococcus pneumoniae, which Fabian said was an area of concern at the clinic.

“We actually did see a reduction in the prescribing of azithromycin for respiratory tract infections,” Fabian said.

She also consulted about issues unrelated to her research and helped with dosage recommendations for pediatric patients, who were excluded from the residency project. And she helped create a medication administration guide for the facility’s anaphylaxis kit.

“It was a pretty high-acuity urgent care, so they could administer IV medications if needed,” she explained.

Fabian said one of her most memorable patients was a man who was accustomed to being prescribed doxycycline for symptoms of bronchitis.

“One of the nurse practitioners asked if I would talk to him, because she felt pretty strongly that the patient probably didn’t need antibiotics but was really pushing heavy for them,” Fabian said.

She spent about 20 minutes talking with the patient about the risks and benefits of antibiotics, signs of viral infection, and how to treat his symptoms with nonprescription remedies.

“We even were able to talk about smoking cessation. And I was able to give him some recommendations for over-the-counter smoking cessation aids,” Fabian said. “And in the end, he ended up not getting an antibiotic.”

She noted that the full-time urgent care staff is “not able to spend that time with patients doing education like that.”

Avery said her incoming PGY2 infectious diseases resident will also do a rotation at the urgent care center.

And Linnertz envisioned a time when it would be considered routine to have a pharmacist working full-time in urgent care.

“We were only there for a month,” she said. “It was hard to implement services that would stick.”