Imagine a restaurant where everyone with a reservation has sent bags and boxes of raw food and ingredients from numerous vendors for the restaurant’s staff to prepare and cook. 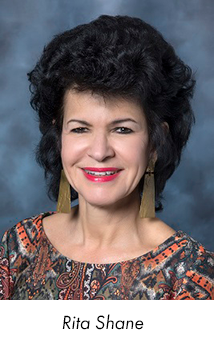 White bagging is an arrangement between payers and selected pharmacies to ship a patient’s medications directly to the site of care, whose staff must then take whatever steps are needed to prepare and administer the products.

The practice is also a growing patient safety concern for pharmacy leaders and their institutions.

“From what I can gather and colleagues that I’ve spoken to, those pharmacies and organizations that are allowing white bagging are having significant issues with managing the inventory and with the timeliness by which the drug is provided. And there is a whole host of patient and clinical considerations,” Shane said.

Those considerations include the inability to adjust dosages in response to emergent laboratory or clinical findings and a delay in treatment if a medication doesn’t arrive before the patient’s appointment, she said.

“We had one multiple sclerosis patient that we’ve been treating for many, many years who ended up having to go to another site” because of a white-bagging requirement, Shane noted.

Shane is networking with other pharmacy leaders and educating colleagues and policymakers, including the state board of pharmacy, about the potential adverse consequences of white bagging.

She also warned that white bagging may run afoul of provisions in the Drug Supply Chain Security Act (DSCSA) that ensure drug product integrity during handoffs in the supply chain.

“When we buy drugs, we have to do track and trace on them to verify how the drugs have been handled since they were manufactured,” Shane said. If those steps are bypassed through white bagging, she asked, “how can we ensure the integrity of the product?”

ASHP and other healthcare stakeholders have requested a meeting with Food and Drug Administration officials to discuss concerns that white bagging undercuts critical DSCSA elements.

According to a March 8 white paper from the American Hospital Association (AHA), health insurers that implement white bagging “are upending the traditional system, potentially sacrificing patient safety and quality care to benefit their profit margins.”

United Healthcare, one of the nation’s largest insurers, lists more than 75 products that are subject to white bagging this year for many of the company’s commercial plans. Other major insurers are also implementing white bagging for certain medications. 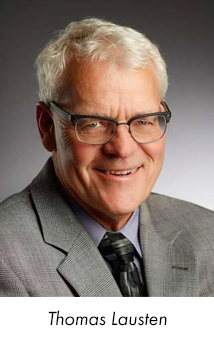 Thomas Lausten, director of pharmacy at Children’s Wisconsin in Milwaukee, said white-bagged medications belong to the patient and insurer, not the health system. Because the products aren’t recorded in inventory, they exist outside of the standard clinical decision support processes that ensure safe medication administration.

“White bagging ... bypasses all the checks and balances that are built into pharmacy’s system,” Lausten said. “Drug interaction checking, dose weight checking; all of those things are bypassed.”

And if something goes wrong with a dose, the clinic can’t use its own inventory for a replacement but must obtain a new, patient-specific supply from the designated pharmacy.

Lausten recounted a troubling instance more than a year ago when an expensive white-bagged dose of nusinersen was accidentally wasted during an interventional radiology procedure.

“That particular procedure had to be rescheduled, and the child had to be sedated again,” Lausten said. “We weren’t able to use anybody else’s product, because the dose was for that particular person.”

More recently, he said, a specialty pharmacy shipped several doses of a white-bagged drug to a residence instead of the intended clinic.

“The specialty pharmacy wanted us to dispense the drug, even though it had gone to the wrong address,” Lausten said. “And we can’t do that. The drug at that point is adulterated, and you can’t take it from a person that it was shipped to and hand it over to another patient.”

Lausten said his hospital permits white bagging only when there is no other available option to care for the patient, and when extraordinarily expensive medications are involved.

Lindsey Kelley, director of ambulatory, oncology, and research pharmacy services for Michigan Medicine in Detroit, said her health system allows white bagging only when failing to do so would adversely affect patient care.

“However, for the most part, we work very diligently to avoid it,” Kelley said.

She said the organization has successfully negotiated one-time exceptions to white-bagging requirements for specific patients.

“But those conversations take a lot of time. It takes a lot of effort to get to the right person in the insurance company, talk to them, explain the patient’s case and why we’re concerned that the patient would have to go somewhere else for care,” Kelley said.

She said white-bagging requests are usually administered by the health system’s billing team, who may reach out to pharmacy staff if additional clinical information or logistical coordination is needed.

“But if it’s something that moves from the medical benefit to the pharmacy benefit, then our pharmacy teams will get involved because we understand that rule better and we’re able to be more effective,” Kelley said. “And that’s increasing, as well. So we’re seeing a shift from medical to pharmacy benefit.”

Kelley said white-bagging requests used to occur about once per month and involve mostly noncancer therapies in adults.

“Now we’re up to several patients a month or week. We’re also seeing a shift to include patient populations where we hadn’t previously seen this,” she said.

Shane noted that when the medications reach the clinic, they must be set aside for the intended patient’s appointment, often taking up the facility’s limited refrigerated storage space.

“There are significant storage and space issues,” she said. “Pharmacies and health systems were never designed to have patient-specific medications in their cancer centers, their infusion centers.”

“They certainly don’t have the controlled storage space,” she said.

Lausten said that although his health system must prepare all doses of white-bagged medications in accordance with USP sterile and nonsterile compounding practices, the organization hasn’t found a way to bill for that work.

“We take on the risk and the liability and everything else for it, and we don’t get reimbursed a penny for it,” he said.

AHA, in its white paper, stated that white bagging represents an inappropriate shift in liability, because healthcare providers are accountable for the quality of care but cannot verify the integrity of medications obtained outside of the established procurement system.

Lausten noted that although white bagging is apparently meant to reduce costs for insurers, it’s not unusual for a clinic to receive a medication for a patient who no longer needs it, resulting in waste.

Kelley emphasized that at a time when patient-centered care and patient choice are a concern for policymakers and clinicians, requiring patients to use white bagging is a step backward.

“As white bagging increases and payers direct where medications come from, it reduces the opportunity for patients to have a say in where they get their medications,” Kelley said. “I think that patient choice is a really important consideration as we think about engaging patients in advocacy for their own care.”

For additional information and to get involved in advocacy against white bagging, visit ASHP’s assessment tool and advocacy podcast on the topic.