Hospitals Rely on 340B for Patient Care

At hospitals across the country, pharmacy leaders rely on the 340B Drug Pricing Program to partially offset the cost of uncompensated care and to provide critical services in the community.

During the 2021 fiscal year, Sharp HealthCare in San Diego, California, reported more than $0.5 billion in unreimbursed services and community benefit program expenses. The health system’s three 340B-participating hospitals realized about $93 million in savings from the discount program during the fiscal year. 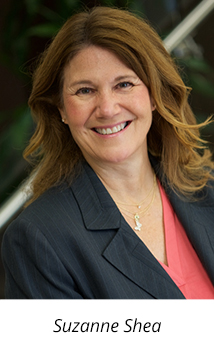 “That 340B savings doesn’t even come close to covering our unreimbursed care. It’s just a drop in the bucket, really,” said Suzanne Shea, vice president of system pharmacy and clinical nutrition for Sharp HealthCare.

But Shea said the 340B savings allows Sharp HealthCare to maintain its transitional care, specialty pharmacy, and infusion services and to support other important patient-care activities.

Shea noted that 340B-funded services can have immediate benefits for patients. For example, Shea recently heard from a patient who was excited about the personal attention she received from the 340B-funded specialty pharmacy team that taught her how to self-inject a new medication.

“She just really wanted to reach out and tell me ... she’d never really been provided a service like that,” Shea said. “And because of her chronic conditions, she was just so happy and felt taken care of.”

Sharp HealthCare also uses 340B program savings to help cover the cost of medications for patients who can’t afford them. The health system reported that 340B-supported financial assistance gave patients access to more than $9.1 million worth of prescription medications during the 2021 fiscal year.

Johns Hopkins All Children's Hospital in St. Petersburg, Florida, reported more than $84 million in community benefit costs during the 2020 fiscal year and a savings of $6 million on 340B-covered outpatient medications.

“We have a lot of programs that we are able to do here because we’re a 340B hospital,” Werling said. “It’s just such a critical program to disproportionate share hospitals. It supports so much of our programming. ... And it means so much to our patients.”

“We’re able to do that from 340B funding,” Kravitz emphasized.

The 340B program was established in 1992 to allow safety net hospitals and other covered entities to purchase outpatient medications at a discounted price and direct that savings to services that improve the care of vulnerable patient populations. The Health Resources and Services Administration (HRSA), which oversees the 340B program, describes it as a mechanism to stretch scarce federal resources as far as possible, reaching more eligible patients and providing more comprehensive services.

ASHP has long engaged with HRSA on issues related to the 340B program and has partnered with the American Hospital Association, 340B Health, and other organizations whose stakeholders rely on the 340B program to meet critical patient needs. ASHP and its partners have secured notable advocacy wins on 340B program threats, including a June 15 Supreme Court decision that the Medicare program’s 30% cut in reimbursement for 340B-covered drugs, implemented in 2018, was unlawful.

In addition, ASHP helps pharmacists engage with their elected representatives about how 340B-supported services benefit legislators’ constituents and their communities.

Although federal law doesn’t require hospitals to redirect their 340B outpatient drug savings toward medication-related services, many hospitals do use those dollars to support medication assistance programs and other pharmacy-managed care.

A research team led by pharmacists at the University of Illinois Chicago reported last year that 340B-participating hospitals offered 6.2 medication-access services, on average, compared with 3.9 services at non-340B hospitals — a statistically significant difference.

The report states that 340B program savings may be a key factor in offsetting the costs of beneficial medication-access services that aren’t eligible for reimbursement. 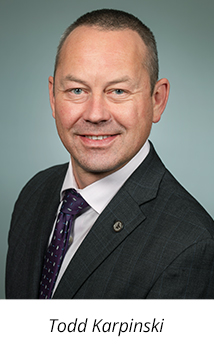 Unreimbursed costs can be substantial for hospitals. For example, West Virginia University (WVU) Medicine reported a Medicaid shortfall of more than $272 million in 2020. The shortfall — the difference between the cost of care for Medicaid-eligible patients and the payment received for these services — accounted for the largest share of the health system’s unreimbursed care and community benefit expenses.

“We have a fairly robust specialty pharmacy program at our organization that wouldn’t be in place if we didn’t have the 340B pricing,” Karpinski added. “We leverage those dollars to put additional pharmacists in clinics throughout the organization to be able to provide that direct patient care.”

Karen Famoso, enterprise director for compliance and 340B for WVU Medicine, said that because the health system serves many poor, uninsured, and underinsured patients, the 340B program “is vital to our existence.”

In general, hospitals can participate in the 340B program if they serve a Medicare and Medicaid population that meets a federally defined threshold, known as the disproportionate share hospital percentage.

“The intent of the program is not necessarily ... to provide direct savings to the patients. It’s really to provide savings back to ... safety net hospitals to provide care to a broad range of patients,” Karpinski explained. “That’s how we’re using those dollars.”

Kravitz noted that because hospitals have flexibility in where to direct their 340B savings, those dollars can be used for tailored population-level initiatives that fill gaps in care.

“The program allows us to ... put it back into programs that are most impactful for your particular hospital,” Kravitz said. “For us, that’s where it’s worked well. Because we know where we need to put the funding, and we assess that annually.”

ASHP has made support of the 340B program a key advocacy priority and has taken many actions to promote and protect the program. ASHP’s 340B program educational resources include a 340B University session at the upcoming ASHP Conference for Pharmacy Leaders and the Apexus Advanced 340B Operations Certificate Program.