The launching of the LAU-SSHP and a session entitled “Pharmacy Residency Training Information” took place on November 19, 2013. The session also included a membership drive outlining the benefits of being involved in SSHP and the American Society of Health-System Pharmacists (ASHP) from networking and participation in international counsels to professional and career development. Currently, the LAUSSHP includes 108 members. The session concluded by questions/answers, distribution of printed material, and demonstrations on steps to follow with the residency application process.

Health-Systems Speaker(s)
The LAU-SSHP invited Rasha Hamra (PharmD, MPH – Director of Public Relations & Health Education Departments/ Ministry of Public Health in Lebanon) as its first health system speaker. The session was held on February 26, 2014 and aimed to increase awareness of pharmacy students’ contributions to public health, to describe the role of pharmacists in public health planning and promotion, to identify opportunities for pharmacists’ involvement in future public health initiatives (with examples on initiatives in Lebanon that are supported by the Ministry of Public Health), and to identify career opportunities for pharmacists in public health. A second invited heath system speaker by LAU-SSHP is Youssef Abed Ali (General Manager of Hikma Pharmaceuticals - Lebanon). The session is planned to take place on May 8, 2014 and is entitled “Pharma Tactics.”

Ambulatory Care Setting Pharmacy Practice Model Initiative
In order to meet the goals of the ASHP strategic plan, the LAU-SSHP encouraged and stimulated the implementation of ambulatory care setting pharmacy practice model initiative. It was led by Ghada El-Khoury (PharmD, BCACP) which included a general presentation at the Lebanese American University Medical Center – Rizk Hospital about the expanding role of pharmacists in ambulatory care and the implementation of a medication therapy management service. Pharmacy students had the chance to participate in medication therapy management at the “Shatila Refugee Camp Health Clinic” on a weekly/biweekly schedule as part of an interdisciplinary team of physicians, pharmacists, and nurses. Students were involved in establishing the best therapeutic care plan for patients taking into account medication availability and cost, and performed patient counseling for the under-privileged Syrian and Palestinian refugees who are currently residing in Lebanon. 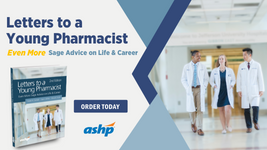 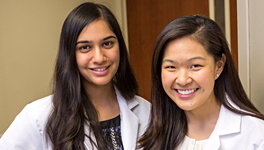