Bernard M. Hsia, Pharm.D. is currently a PGY2 Pharmacy Informatics Resident at Mayo Clinic in Rochester, Minnesota. He earned his Pharm.D. from the University of Georgia College of Pharmacy and subsequently completed his PGY1 Residency training at AU Medical Center in Augusta, Georgia. After residency, Bernard will be heading to Jacksonville, Florida, as he has accepted a Clinical Informatics Pharmacist position at UF Health Jacksonville. He serves on ASHP's Section Advisory Group on Operations & Automation, and his current interests include clinical decision support and data analytics.

At Mayo Clinic, Bernard has been involved in the implementation of inpatient pharmacist discharge prescription verification functionality within Epic. He was worked on several build upgrades and is currently conducting research on Epic's digital image capture functionality in the IV preparation process.

This is my first year on a SAG and I've really enjoyed my time working and networking with the group. We are working on updating various ASHP statements regarding different technologies in pharmacy. I hope to continue to be involved in ASHP throughout my career and give back to the pharmacy profession.

I became involved in ASHP early on as a student to learn more about residency. From my time as a student, I saw how valuable the organization was to the pharmacy profession and continued my membership upon graduation through residency. Being part of ASHP has continued to help me grow as a professional, network with others, and promote the role of pharmacists.

ASHP's value lies in its mission to continually push the pharmacy profession forward. ASHP does so by providing resources, such as educational materials, professional guidance, networking opportunities, and political advocacy. Additionally, it's great to have a place to throw out your ideas or questions and have a discussion with other pharmacists across the nation. 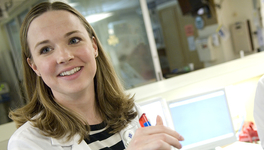 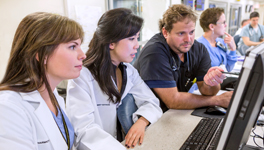 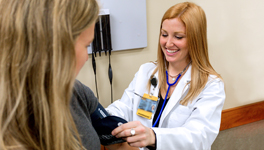