Hopes Are High for Collaborative Practice in Florida

Pharmacists in Florida want to make 2019 the year that legislators authorize new opportunities for pharmacists to work collaboratively with physicians in outpatient settings. 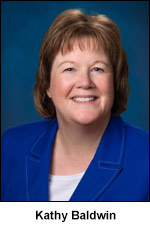 Current state law allows pharmacists in hospitals and skilled nursing facilities to provide comprehensive medication therapy management (MTM) services under a physician-approved protocol. But in other settings, Baldwin explained, a pharmacist must obtain authorization from the patient’s physician for any change to the medication regimen.

FSHP-supported collaborative practice legislation would allow pharmacists in additional settings, such as ambulatory care clinics, to make those changes under a pre-approved protocol developed with a physician.

The fate of the related Senate bill was less impressive.

“It totally died in the Senate,” Baldwin said.

Both bills sought to implement collaborative practice by expanding the role of state-licensed consultant pharmacists and allowing them to provide “comprehensive medication management services” within collaborative practice agreements. The agreements would be between a consultant pharmacist and a health facility medical director or individual physician.

Under current Florida law, a pharmacist with a “consultant pharmacist” license may order and evaluate laboratory or clinical test results for nursing home residents.

Baldwin said this was the third time in recent years that a collaborative practice bill actively supported by FSHP failed in the legislature. But she said those losses have been a learning experience and an opportunity to build alliances to help secure passage of the legislation.

One potential ally is the Florida Hospital Association (FHA).

According to an analysis of recent Medicare data by the Advisory Board, 2,599 of the nation's acute care hospitals — including all but nine of Florida's hospitals — are expected to face financial penalties this fiscal year for excess 30-day readmissions from July 2014 through June 2017. Nationwide, Medicare’s readmissions penalties for fiscal year 2019 will total $566 million, according to the analysis.

“What came out of the PAI is that we have pharmacists throughout the state already doing 30-day readmissions reductions through transitions-of-care projects,” Baldwin said.

FSHP and FHA held a webinar for the hospital association’s members that consisted of a repeat of two PAI workshop presentations plus a new presentation.

“They loved it,” Baldwin said. “Then [FHA] come back to us, and they’re asking us about more things. ... So we’re working with them on those issues now. In return, they are willing to promote pharmacists within the FHA.”

According to FHA, one of the organization’s advocacy priorities for 2018 was to support “legislation that would allow all health professionals to practice to the full extent of their education, training and certification.” Baldwin is pressing for FHA to explicitly support collaborative practice legislation during 2019.

“We are already, in this off-season, meeting with legislators, providing PAC money, and expressing that pharmacists’ concerns are public health concerns — and we have solutions,” Baldwin said.

She said one of the stumbling blocks to the passage of collaborative practice legislation has been the lack of a clear message for legislators.

To remedy that, she said, FSHP hired a large lobbying firm, which secured the services of Jeffrey Block, a well-respected retired anesthesiologist. Baldwin said Block has been reaching out to physicians in the state legislature to clearly explain why they should support collaborative practice with pharmacists.

FSHP’s message to legislators is that pharmacists operating under a collaborative practice agreement with a physician can promote better health outcomes, reduce healthcare costs, and increase patients’ access to care by supporting optimal use of pharmacists’ expertise. In addition, pharmacists can reduce physicians’ administrative burden by obtaining prior authorizations, managing formulary issues, and monitoring drug therapy.

Baldwin said that hospital physicians understand the advantages of working with their pharmacist colleagues through an approved protocol, as she does in her hospital’s intensive care unit.

“All my doctors get it, [and] I get them to sign letters to the legislature,” she said. “Our bottom line is, we want to take the [collaborative] models we have in the hospital setting ... to other venues. And that’s what our legislation is about.”

FSHP also tells legislators that the Centers for Disease Control and Prevention and the American College of Physicians have called for pharmacists to be included in team-based models of care. And an American Medical Association program has recommended that physicians initiate collaborative practice models with pharmacists to improve health outcomes.

Baldwin said pushback against collaborative practice legislation comes mainly from the Florida Medical Association (FMA), which she described as a powerful lobby.

FMA, in its report on legislative activity for 2018, claimed responsibility for defeating the collaborative practice legislation. The report acknowledged that the legislation required pharmacists to work under a protocol with a physician but characterized the bill’s language as “overly broad.”

“[G]iving pharmacists the ability to initiate, modify or discontinue medications under any circumstances represents an unwarranted scope-of-practice expansion for pharmacists,” the report stated.

FMA also took credit for defeating so-called test-and-treat legislation that would have allowed pharmacists to test for, diagnose, and treat influenza and streptococcal pharyngitis. The report called the legislation an “unacceptable scope-of-practice expansion” and declared that FMA will continue to oppose “pharmacists’ efforts to practice medicine.”

Baldwin said the initial collaborative practice legislation included test-and-treat language, but the bill’s sponsor had it removed because he thought it would doom the legislation.

Baldwin said that while roles for pharmacy technicians in Florida have expanded, roles for pharmacists are stagnating because they can’t do all they’re capable of until collaborative practice legislation is passed.

“As pharmacists, we need to be involved in state and national societies — and we need to give PAC money,” she said. “If we don’t we’re doing harm to our profession, whether we know it or not.”