Relief is in sight for New York hospitals whose pharmacy technicians have been prohibited by regulators from compounding, thanks to a law signed October 25 by Governor Andrew M. Cuomo.

The new law establishes a licensure and registration process for technicians and describes tasks, including compounding, that registered pharmacy technicians may perform in New York. The law goes into effect in 2021, 18 months after its enactment.

Before the new law was passed, New York was one of a handful of states without a licensure or registration requirement for pharmacy technicians. 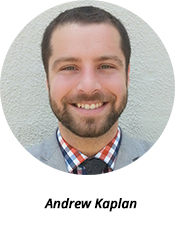 Andrew Kaplan, Associate Director of Pharmacy for Mount Sinai West medical center in New York City and Vice President of Public Policy for the New York State Council of Health-System Pharmacists (NYSCHP), said the compounding prohibition was an unexpected complication arising from the council’s advocacy to modernize the regulation of pharmacy technicians.

But many of technicians’ routine activities weren’t permissible under a literal reading of state regulations pertaining to health professions.

Those regulations stated that “unlicensed persons” under the supervision of a pharmacist are not authorized to measure, weigh, compound, or mix ingredients.

Kaplan said pharmacies in the state had long operated under an informal guidance from the New York State Education Department, which regulates the pharmacy profession, that essentially interpreted compounding as repackaging — a permissible task for technicians.

“That was good enough for New York State for, like, 30 years. And people never really raised a fuss,” he said.

But in 2018, the education department reexamined its earlier guidance and adopted a plain language reading of the regulatory text, according to NYSCHP. Kaplan said that decision soon affected NYSCHP members.

“We started to hear reports from hospitals in upstate New York that the education department inspectors were telling them that techs really can’t do anything,” Kaplan said. He said some hospitals reassigned their clinical pharmacists to IV rooms, where technicians then had to train the pharmacists to perform unfamiliar compounding tasks.

Kaplan said NYSCHP met with regulators in December 2018, and they reiterated that pharmacy technicians may not legally mix, weigh, measure, or compound medications.

He acknowledged the logic of the education department’s stance.

“The regulations say they can’t do it,” Kaplan said. “When a technician’s making an IV, they’re clearly compounding and mixing. So they can’t do that.”

So NYSCHP, in collaboration with other pharmacy groups in the state, redoubled efforts to enact a licensure requirement for pharmacy technicians and update regulations to reflect technicians’ current practices.

In addition, he said, “we let the governor know ... this is a big problem; it’s going to cost millions of dollars to have all these pharmacy technicians get pulled out of this technical work and replace them with pharmacists.”

Kaplan said an initial plan to quickly resolve the problem through executive action in the state budget process fell through after legislators objected.

The next step was to help draft a legislative solution and mobilize the pharmacy community in support of the legislation.

The effort involved NYSCHP, the Greater New York Hospital Association, the Healthcare Association of New York State, the 1199SEIU United Healthcare Workers East, and the Pharmacy Technician Certification Board. ASHP submitted a letter to Governor Cuomo in support of the legislation that emerged from the coalition’s advocacy.

Kaplan said pharmacy technicians participated in the advocacy push, which included explaining to legislators the roles technicians fill on the healthcare team.

The final version of the legislation establishes criteria for licensure as a “registered pharmacy technician” and defines the scope of practice for these technicians, which includes compounding and assisting in compounding.

The legislation only permits registered technicians to perform these tasks in institutional settings, such as hospital-operated pharmacies.

“But I don’t think the work is done in New York on technicians,” he added.

Kaplan said the law includes another NYSCHP priority — a requirement for institutions to ensure that their registered pharmacy technicians are appropriately trained and competent.

The law also includes a requirement for two registered pharmacy technicians to be appointed to the state pharmacy board.

Kaplan said the education department has indicated that, during the months until the law goes into effect, inspectors will use “enforcement discretion” at hospital compounding sites that are operating under legislative intent.

“Basically the technicians need to be certified, trained and supervised,” he said.