From Practice to Politics: An ASHP Member’s Transition to a New Public Service

This podcast episode traces the unique professional journey of Jasper (Jay) Watkins, III. A retired Lieutenant Colonel in the U.S. Army, Watkins recently took office as a member of the Gwinnett County, Georgia Commission. Listeners will hear highlights from Watkins’ more than two decades in pharmacy practice, his motivation for transitioning to a different aspect of public service, and the ways he thinks pharmacy will influence his time in office.

Eric Maroyka, Pharm.D., BCPS, joined ASHP in May 2016 as the Senior Director, Center on Pharmacy Practice Advancement. He is responsible for the Practice Advancement Initiative focused on transforming the practice of pharmacy to enhance the role of the pharmacist in providing direct patient care services.

Prior to his current position, he served as the Director of Pharmacy at Fauquier Health in Warrenton, Virginia. Dr. Maroyka also served over 22 years as a commissioned pharmacy officer in the United States Army working in a variety of clinical, pharmacy management/director, and senior leadership roles within the Military Health System.

He earned a Bachelors Degree in Pharmacy and Pharm.D. from Rutgers University and completed a PGY1 Pharmacy Practice Residency at Walter Reed Army Medical Center.  Dr. Maroyka is a Board Certified Pharmacotherapy Specialist and is a graduate of the Pharmacy Leadership Institute.

Dr. Maroyka was a past appointed member of the ASHP Section of Pharmacy Practice Managers Section Advisory Group on Pharmacy Business Management and the Council on Pharmacy Management.  He served as a delegate to the ASHP House of Delegates representing the Commonwealth of Virginia and as a Federal Delegate with the American Pharmacists Association.  He currently serves as ASHP Secretary for the Council on Pharmacy Management and secretary for the Federal Pharmacy Consultants’ Advisory Group.  Dr. Maroyka readily accepts and enjoys serving as a preceptor for student pharmacists and pharmacy residents.

Jasper Watkins III, a retired Lieutenant Colonel in the Army, was elected District 3 Commissioner in 2020. District 3 encompasses Braselton, Auburn, Dacula, Grayson, Loganville, Snellville, and parts of Lawrenceville. Jasper is the principal/consultant for Watty Consulting, LLC, and senior account executive for the Group Purchasing Organization, Minnesota Multistate Contracting Alliance for Pharmacy Infuse. He served 25 years as an Army pharmacist, five years as chief of the Bureau for Statewide Pharmaceutical Services for the Florida Department of Health and two years with the Atlanta Veterans Administration Medical Center's pharmacy. A nuclear pharmacist, Jasper received a bachelor's degree in pharmacy from Florida A&M University and a Master of Health Services Administration from Central Michigan University. He completed an Army Fellowship in Medication – Use Safety and is the first African American in the armed forces and the state of Florida to achieve board certification with the American Society of Health-Systems Pharmacist Nuclear Pharmacy Residency Program. While in the service, he assisted in the placement of wounded personnel from the September 11 attacks on the Pentagon, and helped lead pharmaceutical support for civilians in the aftermath of Hurricane Katrina and resupply operations immediately after Hurricane Andrew. Jasper received the Legion of Merit, the highest peacetime military award, along with the Award of Excellence in Allied Health Care, the Order of Military Medical Merit, and many other military decorations, and honors. Jasper moved to Gwinnett County in 2006 and lives in Grayson. He is a graduate of the Gwinnett 101 Citizen Academy, served as president of the Northforke Plantation Homeowners Association, and is a member of several boards and scientific associations. 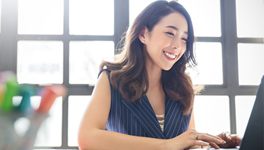