The risk of readmission within 30 days of hospital discharge is as high as 20%. Some pharmacist-managed transitions of care services targeting readmissions do exist; however, there is no guidance for how to identify patients likely to benefit from these continued services after they have had an initial appointment with a hospital-based transitions of care pharmacist. At our institution the pharmacy transitions of care service had lacked post-discharge follow-up. To address some of these gaps in care, it was identified that collaboration between the inpatient and outpatient settings would be beneficial.  In order to leverage this potential opportunity for inpatient and outpatient collaboration, a practical prediction tool to identify hospitalized patients at highest risk for 30-day readmission at the time of discharge was developed and validated. This tool enabled inpatient pharmacists to discriminate patients likely to benefit most from continued outpatient pharmacy transitions of care services. As a result, various post-discharge follow-up programs were implemented.

This tool has proven to be simple yet effective for pharmacists to use, identifies reasons why patients may be readmitted despite being seen by a pharmacist, and has facilitated the implementation of various post-discharge programs that have improved our ability to reduce hospital readmissions. 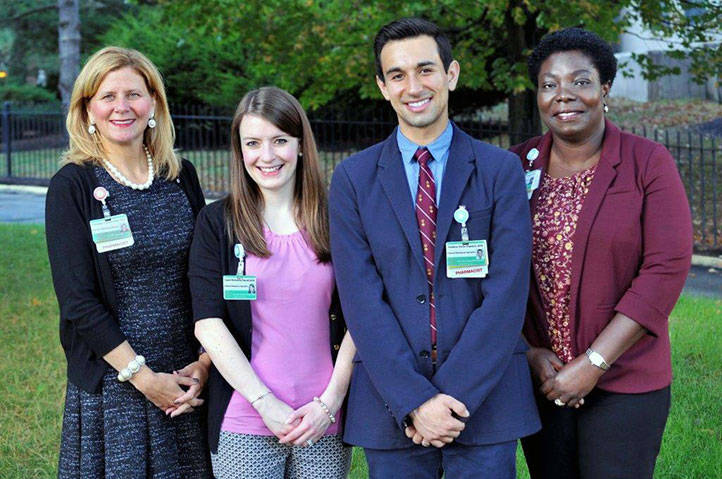