Addressing the issue of skyrocketing drug prices, including excessive price increases on commonly used generic medications and significant increases charged by pharmacy benefit managers (PBMs), is one of ASHP’s highest and longstanding public policy priorities. ASHP has been proactively addressing and tackling challenges related to drug pricing on several fronts, including working with likeminded stakeholders and educating members of Congress about the unsustainable burdens faced by patients, our members, and the entire healthcare system.

The goal of the campaign is to identify policy options that have bipartisan support and, therefore, a greater likelihood of passage. To that end, CSRxP is focusing on policies to incentivize a more competitive marketplace to help stimulate lower prices. The campaign also has expressed support for efforts to loosen restrictions that prevent generic drug companies from obtaining the samples necessary to manufacture a competing product.

ASHP has been participating in a series of stakeholder meetings with key members of Congress to explore legislative solutions to the problem. Presently there appears to be significant support in Congress to address the problem, although the approaches are varied and range from importation to government-negotiated prices.

While it remains unclear what path Congress will choose to address the drug pricing issue, one legislative vehicle is reauthorization of the Prescription Drug User Fee Act (PDUFA). PDUFA provides the Food and Drug Administration with a revenue stream by placing user fees on drug and device manufacturers in return for review of their products. The act must be passed every five years. We believe that marketplace incentives and reforms to the Risk Evaluation and Mitigation Strategy (REMS) program will be considered as part of PDUFA and could be included in a final legislative package. The use of REMS and other restricted distribution systems to increase prices has prompted calls to reform or investigate their use as a financial tool rather than as a method to protect patient safety, as the programs were originally intended. CSRxP has advocated for PDUFA to include language addressing drug pricing.

In addition to ASHP’s advocacy work with CSRxP, ASHP has also weighed in during hearings in the House of Representatives and the Senate with statements that call on Congress to act.

ASHP is tracking federal legislation on drug pricing and has identified 16 pieces of legislation. These bills fall into three categories: importation of drugs, negotiation of drug prices within the Medicare Part D Program, and fostering of marketplace changes that will speed approvals of drug applications and increase competition for generic drugs. We expect this list to continue to grow as pressure is placed on Congress to act.

ASHP has created a tracking chart to monitor the legislation as it moves through Congress. The chart includes information on each of the bills currently in Congress and will be updated as new bills are introduced or as the current bills are amended. You can find the complete chart here.

Since the issue of rapidly increasing drug prices emerged, ASHP has worked to spotlight the impact on patients and our members in all ASHP communications and news, as well as through our work with the media. Further, through our work with CSRxP, ASHP has been able to amplify our messaging at the national level and influence presidential candidates and other candidates for elected offices. ASHP will continue to shed light on the impact of drug price increases, and will share those examples with policymakers, stakeholders, and members.

A related issue that has emerged along with the rise in drug prices is direct and indirect remuneration fees (DIR), or clawback. Within the Part D program, PBMs appear to be applying their own plan performance measures as a way to assess fees on pharmacies dispensing Part D drugs.

ASHP is concerned that these fees are an arbitrary and unintended application of measures meant for total plan performance, not pharmacy-level metrics. Further, the quality measures applied are based on maintenance medications and were never intended to be applied to medications for cancer and other complex conditions. Yet the fees are applied against the gross reimbursement for all prescriptions received, not just maintenance medications. There are no justifications, explanations, or dispute resolution procedures in place. The result is that pharmacies serving ambulatory patients have no recourse to dispute the application of these fees. This practice also increases the financial burden on not only the pharmacy dispensing the medications, but also on the Part D beneficiary who has to pay more out of pocket and, in some cases, reaches the coverage gap or “donut hole” faster. ASHP has received reports that one organization paid $250,000 worth of DIR fees in 2015 alone.

ASHP has supported, along with several other pharmacy groups impacted by DIR fees, the “Improving Transparency and Accuracy in Medicare Part D Drug Spending Act” (H.R. 1038 and S. 413), legislation that would prohibit Part D plan sponsors from retroactively reducing payment on clean claims submitted by pharmacies under the Medicare Part D Program.

ASHP will continue our efforts to address this issue and ensure that policymakers clearly understand the impact that the rise in drug prices is having on patient care. If you have any questions about our work on this issue, please contact the ASHP Government Relations Division or 301-664-8692. 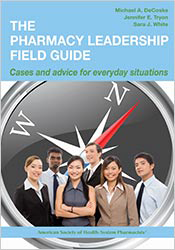