“I had the pleasure of meeting Joe during my first council meeting. I was awestruck by the remarkable qualities he possessed as a professional, brilliant thinker, and visionary who demonstrated humility and was always a gentleman. His commitment to advancing the profession created an indelible imprint, providing us the foundation for health-system pharmacy practice. ”

“I was introduced by Professor Anthony Serracino-Inglott to Dr. Joseph Oddis during an International Pharmaceutical Federation World Congress, at a time when as a young pharmacist. I was embarking on my doctoral studies in the area of pharmacy practice. The impression I got was of a thoughtful, humble giant for international pharmacy. I relished [seeing] Dr. Oddis during FIP and ASHP meetings, where I could witness Dr. Oddis’s vision for pharmacy. He demonstrated the value of international networking. ”

“When I was an Executive Resident in 1985, [Joe and I] were walking across the street from the ASHP Offices on Montgomery Avenue to the Bethesda Hyatt in January or February, and Joe noticed I didn’t have a coat on. He said he had an extra one at home that he would gladly bring in. I had a coat; I just wasn’t wearing it because sometimes a young resident isn’t always prepared, and I had left mine in the office in the coat closet. Talk about someone who was willing to give you the shirt or coat off of his back! I was amazed at the time and still am that he took the time to notice and care. That was the side of Joe I was lucky to see.

Dr. Oddis also had a tremendous impact on my career and was a great role model. When my wife and I discussed names for our youngest son and the name Joseph Anthony came up, it was a quick decision. ”

“I was very saddened to hear of the passing of Dr. Joe Oddis, a prestigious pharmacy leader, a gentleman in every aspect of the word, and my friend. My election to the ASHP Board of Directors in the mid-'70s, and my subsequent association with him, were significant aspects of my career.

Professionally, having the opportunity to play a small part in our national professional organization with Joe Oddis at the helm was very meaningful and rewarding to me. The opportunity to meet with national pharmacy and industry leaders - and many wonderful hospital pharmacists - across the country produced friendships and cherished memories that continue with me until today. It was both an honor and a joy to participate in the advancement of pharmacy practice as a board member and to work with an exceptional leader like Joe Oddis, whose legacy continues.

Socially, attendance at our memorable Board dinners, receptions, and retreats, moved me to become a dedicated scotch drinker, and I continue, on celebratory occasions, to smoke cigars. These are two social traits I have modeled after our respected leader. ”

“Dr. Oddis and I met when I was a pharmacy student. My involvement in national pharmacy student organizations allowed me to interact with him many times before working with him in an official capacity at ASHP. As others have mentioned, he had a presence and purpose that only those who knew him could understand. His love for family and pharmacy was apparent, and I admired his memory as it related to those who worked with him and their families. In fact, the photos I have of him holding my daughters as babies are some of my all-time favorites. May Dr. Oddis’s family know how much he meant to others and how his life affected so many. My life, personally and professionally, is better for knowing him. ”

“In those days, you did not make a move before calling Washington and speaking with Joe. ”

“Pharmacy has lost a legend. Joe was the consummate gentleman and a mentor to many of us. His quiet manner and thoughtful approach always made you think and guided decisions to be sure all facets were discussed. ”

“Early in my career, I first met Dr. Oddis at a small private reception before the Whitney Lecture Award. I was very nervous about attending with such prominent pharmacy leaders. Dr. Oddis immediately made me feel comfortable and accepted. I will always remember his kind, inclusive manner. He was a thoughtful and forward-thinking pioneer for the profession of pharmacy, a kind person, and a humble leader. ” 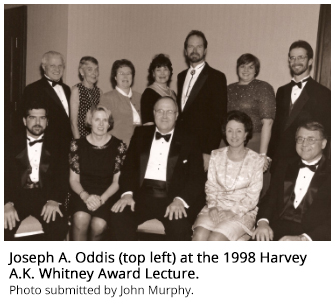 “It was such an honor to have known Dr. Oddis. He was a true gentleman who loved his family and the profession and did much to create success for all. Though he usually liked to stay behind the scenes, his hand could be felt in so many ways when progress was occurring. I often reflected that being on the Board and serving as president with his guidance was like going to management training school. I learned much that has benefitted my life from the many experiences. Dr. Oddis treated everyone with respect, no matter their position in life. He will be missed by so many. ” 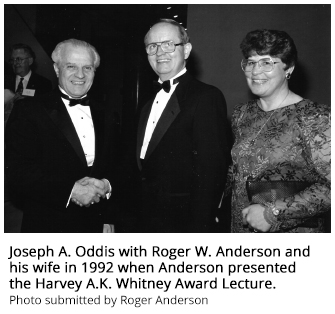 “Following my retirement from 26 years as Head, the Division of Pharmacy at the University of Texas M.D. Anderson Cancer Center, I was recruited to be Senior Vice President and Chief Pharmacist at Medco Health Solutions, Inc. The senior pharmacist on my management team was Tracy Furgiuele. Tracy and I developed a positive professional and personal relationship. While Tracy had not been active in ASHP, I told him he would benefit from ASHP membership and attending the national meetings. The first meeting was a Midyear Clinical Meeting, and during that meeting, I introduced him to Dr. Oddis. Tracy told him had graduated from Duquesne College of Pharmacy. Within just a few minutes, Dr. Oddis, who also graduated from Duquesne University College of Pharmacy, said that one of his classmates and close friends at Duquesne last name was Furgiuele. It was Tracy’s father! His father had died several years before this encounter with Dr. Oddis. For the next several ASHP meetings, we established a dinner for the three of us, and Tracy and Dr. Oddis shared stories and pictures. When I notified Tracy that Dr. Oddis had died, he was deeply saddened and said, “I so enjoyed hearing stories of my father. ”

“Our beloved friend and colleague, Dr. Joe Oddis, had many wonderful qualities that made him an exemplary leader for all of us who knew and worked with him. As I recall them and how they influenced me, one that stands out is the following:
Joe was the best listener [and] leader I ever knew. Whether at the board room table, the floor of the House of Delegates, the Congress of FIP, a casual dinner with friends, or a personal conversation. He had a special way of listening patiently and humbly to whoever was talking. Then he thoughtfully reflected and pondered before offering his caring wisdom on the subject. For most of us, that trait led us to anxiously ask over the years, “What does Joe think and propose about the issue?” The answer was often considered vital for our personal and professional guidance. In respectful memory, thank you, Joe! ” 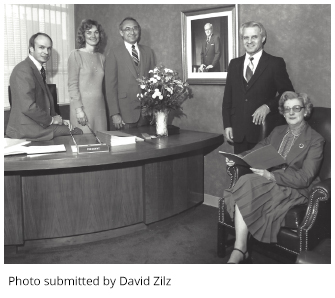 “I had the opportunity to be associated with Dr. Oddis in numerous capacities, including on the Board of Directors, and as President and Treasurer of ASHP. Dr. Oddis was truly an “Executive Leader” in every way. Of most importance to me, he was a constant and persistent coach, whether in regard to association matters, presentation effectiveness, or simply practicing the social graces. Even with all the worldwide acclaim, he was always a humble person that lived and practiced his faith and beliefs daily and fully. He has truly been an inspiration to me for decades. ”

“Dr. Oddis was simply a legend. His kindness, wisdom, and ability to make investments in the future resulted in ASHP’s and the profession’s strength today. He will be missed by so many. ” 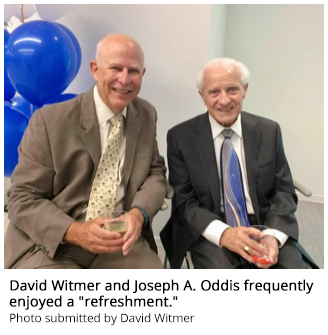 “I consider it an honor to have had the opportunity to know and work with Dr. Oddis. He was one-of-a-kind. Although his accomplishments are many, I was most struck by the humanity of Dr. Oddis; He was a genuine leader and a humble and caring human being. He treated everyone with great dignity and respect regardless of their role or position. I will miss our long discussions and his counsel over a “refreshment”. We are all the better for having known him. RIP Dr. Oddis. ”

“Joe Oddis was the consummate gentleman. He was a listener first and showed genuine interest in all with whom he interacted. He had a sincere interest in you and your family, and you knew he cared about you as a person first. He set a standard we should all strive to achieve. He was a first-class gentleman. ”

“Dr. Oddis was our keynote speaker at the Midwest Residency Conference in 1996 in Omaha, NE. As a resident, I was in awe. We were so honored to have him. He left an inspiring, humble, and everlasting impression of a true leader on us all.”

“Joe was a wonderful friend to me, going back to his Pittsburgh and Chicago days. Becoming a colleague at ASHP was an honor. He cared about people. He lived a life guided by faith and devotion to his family and a passion for the profession. His aim was to elevate those around him and to engage all in what he envisioned to be a shared mission for pharmacy. There are no words to express what I and so many others owe to Joe — professionally and in navigating the lessons of life. His impact will survive us all.”